The Bistro Goes to Beer Camp 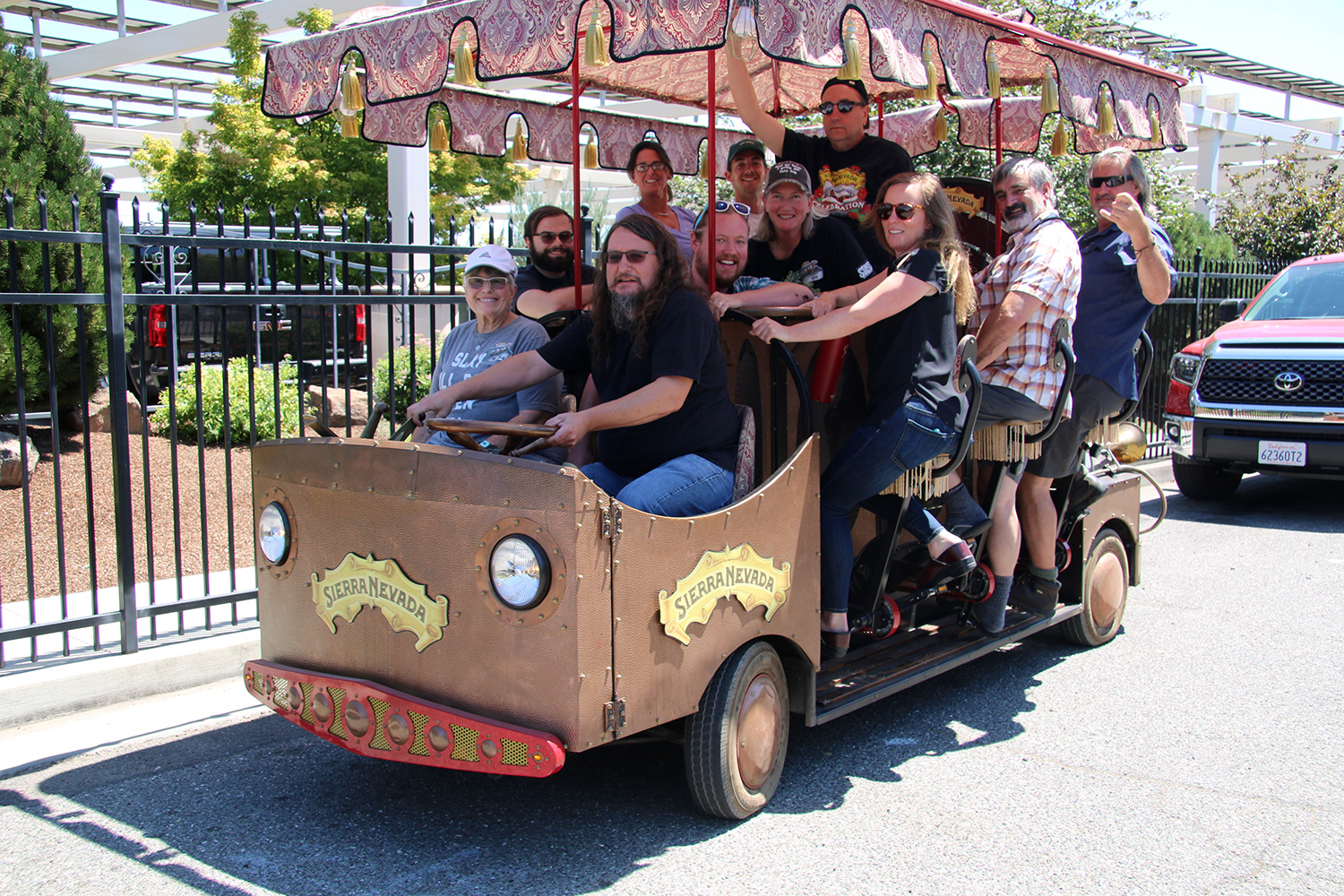 The Bistro in Hayward is celebrating its 25th anniversary September 14th with a party worthy of the beer bar that helped put IPA on the map. And Sierra Nevada Brewery invited the Bistro crew to Chico to make a special beer to be served at this event.

The Bistro gang arrived in Chico Tuesday afternoon, July 30 for beers and dinner at Sierra’s fabulous restaurant pub at the brewery. Wednesday was to be a full day of orientation, safety talks, tours and brewery history.

We gathered in the morning at the tasting room to discuss proposed beer styles and recipe formulation with a detailed discussion of hop and malt choices. After that, a tour of Sierra’s massive brewery campus ensued with visits to the pilot brewery, the east brewhouse and hop cooler, the west brewhouse and QA lab, a visit to the cellar and to filtration and packaging. The massive high-speed bottling line was impressive along with the racking and grain off loading process. Yes, there is a lot involved in making good and consistent beer.

The Bistro gang arrived in Chico Tuesday afternoon, July 30 for beers and dinner at Sierra’s fabulous restaurant pub at the brewery

Our visit included a drive by the original brewery location (kinda smallish) and also an enlightening visit to Sierra’s new rail line spur where rail cars of grain can be transferred to trucks for the final journey to the brewery. This provides huge savings (monetary and energy) in trucking in grain from vast distances.

We also spent quit a while enjoying the cool environment of the vast barrel aging facility nearby. This included, ahem, tasting beer in the process of barrel aging. Wow! Not only enlightening but tasty too!

After a little rest time back at the hotel, we gathered for a dinner downtown at a superb Italian Trattoria to discuss the brew day ahead.

We gathered the next morning at the pilot brewery that could be perhaps the most complete and well equipped in the country. Sierra Nevada uses it to make experimental brews and try out new technology (like the amazing Torpedo used to make its eponymous beer). After a day of rubbing and smelling hops we had already decided on the hop bill for the Bistro IPA. Now it was all about the grain bill and hop additions. And yeast! Don’t forget get the yeast!

I think you can tell from the photos that the Bistro gang was having a great time making the beer. We’ll see how it tastes at the big party September 14th! Don’t miss this one…

The Bistro Goes to Beer Camp