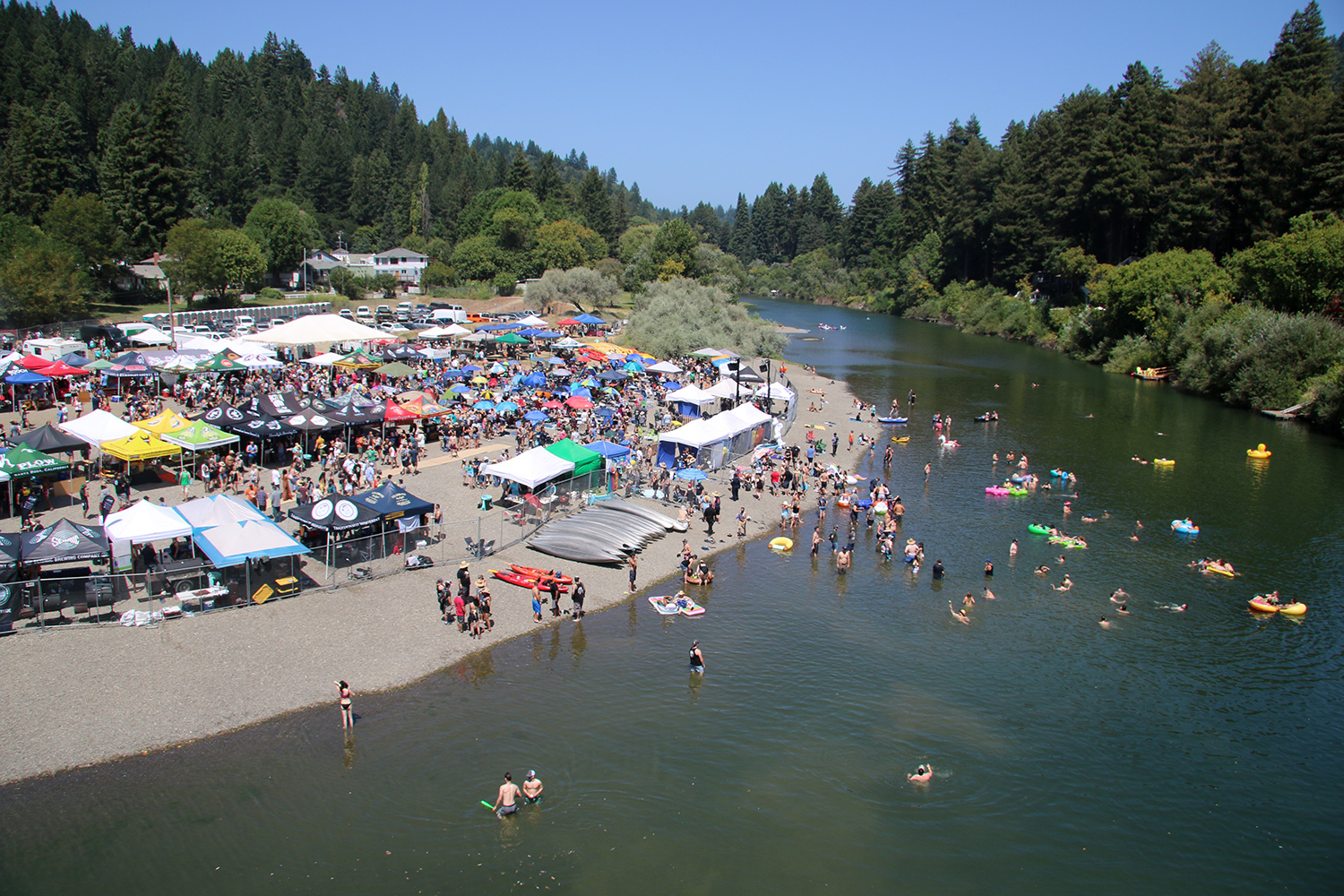 The 17th Annual Stumptown Beer Revival and BBQ Competition took place Saturday, August 17, on the beach at Monte Rio under the historic Monte Rio Bridge along the beautiful Russian River in Northern California.

Tickets were sold only online and sold out well before the gates opened at noon. Attendees paid $75 per ticket or $100 for VIP admission (one hour early). Entry fee included all the beer, cider, and (amazingly) BBQ samples from the 30 plus teams all competing for best ribs, chicken, pork shoulder and sausages with professional judges in attendance.

Some 62 breweries and 30 plus BBQ teams were on hand for the afternoon along with two bands for entertainment. The new location provided much more space but the organizers said that the number of tickets sold was still restricted to pass levels. Attendees could take a shuttle bus from Russian River Brewery in Santa Rosa which, given the challenging parking situation, was the pro move.

This event is a now greatly improved classic and should be on every beer lover’s bucket list. See you next year!

Free local shuttles between Monte Rio Beach and Stumptown Brewery will be available for the duration of the festival. The event was a benefit for the Guerneville Senior’s Center, a local charity.

This event is a now greatly improved classic and should be on every beer lover’s bucket list. See you next year!