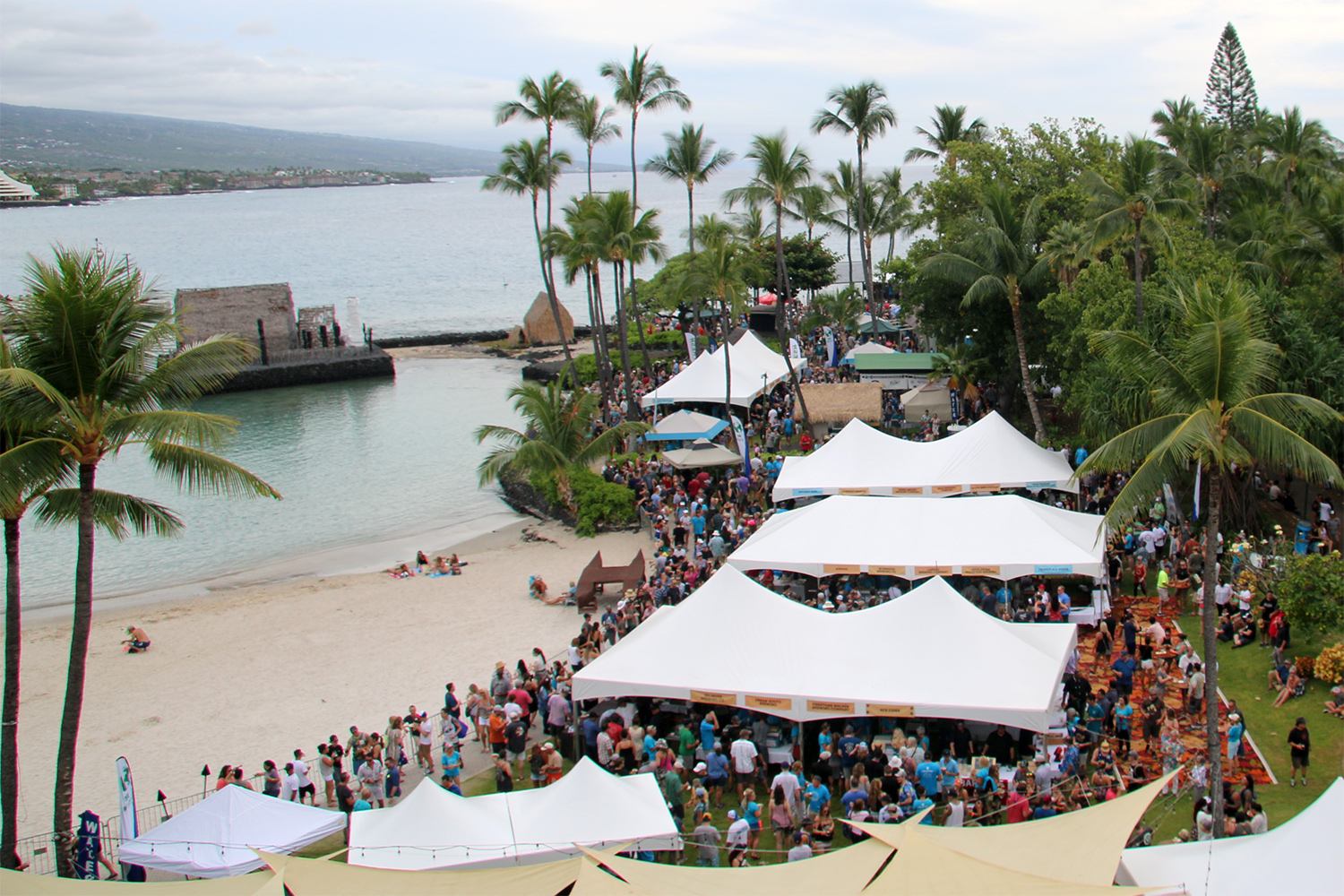 The 24th annual Kona Brewers Festival took place Saturday, March 9, on the beautiful and historic grounds of the King Kamehmeha Kona Beach Hotel in Kailua Kona Village. The weather did not disappoint.

The annual gathering began as a birthday celebration for the Kona Brewing Company and money raised from the party went to local charities. Understandably, mainland brewers wanted to share their beers with the Kona clan and a visit to the island in early March seemed most appealing. Thus, the Kona Brewers Festival was born. Some of the early breweries continue to participate to this day accompanied by some newer breweries with great reputations like Breakside and Gigantic breweries from Portland and Revision (Sparks, Nev.) and Urban Roots (Sacramento). The beer lineup continues to be impressive and diverse. A total of 45 well-curated breweries were on site for this edition of the now classic festival.

The festival grounds, nestled between the bay on one side, the hotel on the other, and the spacious and lush grounds of the late Paul Allen’s Kona home, provided an opulent yet very Kona setting for the gathering booths with wonderfully selected beers and restaurants offering enticing bites to accompany those beers.

For $100 more you could get into the VIP area and start an hour earlier with even more exotic food and beers being served. The upgraded ticket allowed access into the Connoisseurs Lounge inside Honu’s restaurant, serving additional and premium tastes and activities for the most serious craft beer aficionados. Otherwise, your $85 ticket got you 37 food and 45 brewer booth to enjoy.

Live music is a big part of the festival and continued all during the event. Plus you had the fabulously popular Trash Fashion Show that has become an attraction all by itself. Locals with a passion for recycling and an eye for art create fanciful costumes from what would otherwise be trash destined for the landfill. The results, choreographed to a pounding and oh-so-hip soundtrack, are a delight to behold as character after character come out to a dance beat to exhibit their costumes rescued from the trash bin. Rebecca Villegas, the long-running dynamic hostess with the mostess (see photo), introduced the dancers and described their costumes and why recycling is so important to the survival of our planet. Entertainment and education too? Oh yeah! This was a great example of the spirit of Pualu (working together) and Malama Pono (respecting the land). So simple and so Hawaiian…

The festival is situated right on Ali’i Drive in the Kailua Village so attendees can find lodging anywhere and be walking distance to the fest. After the fest, many of us repaired to Humpy’s Big Island Alehouse to consider the day’s offerings.

The festival week also includes a Home Brewers Competition and the popular “Run for the Hops” 5K and 10K run/walk. Over the past quarter-century, the Kona Brewers Festival has become one of Hawaii’s premier events and has raised well over a million dollars for Big Island non-profit organizations.

Next year marks the 25th anniversary of this amazing event and will take place Saturday, March 14, 2020. Tickets will go on sale January 11, 2020 and are sure to sell out quickly. Just visit their website here and let the magic happen. I hope to see you there!