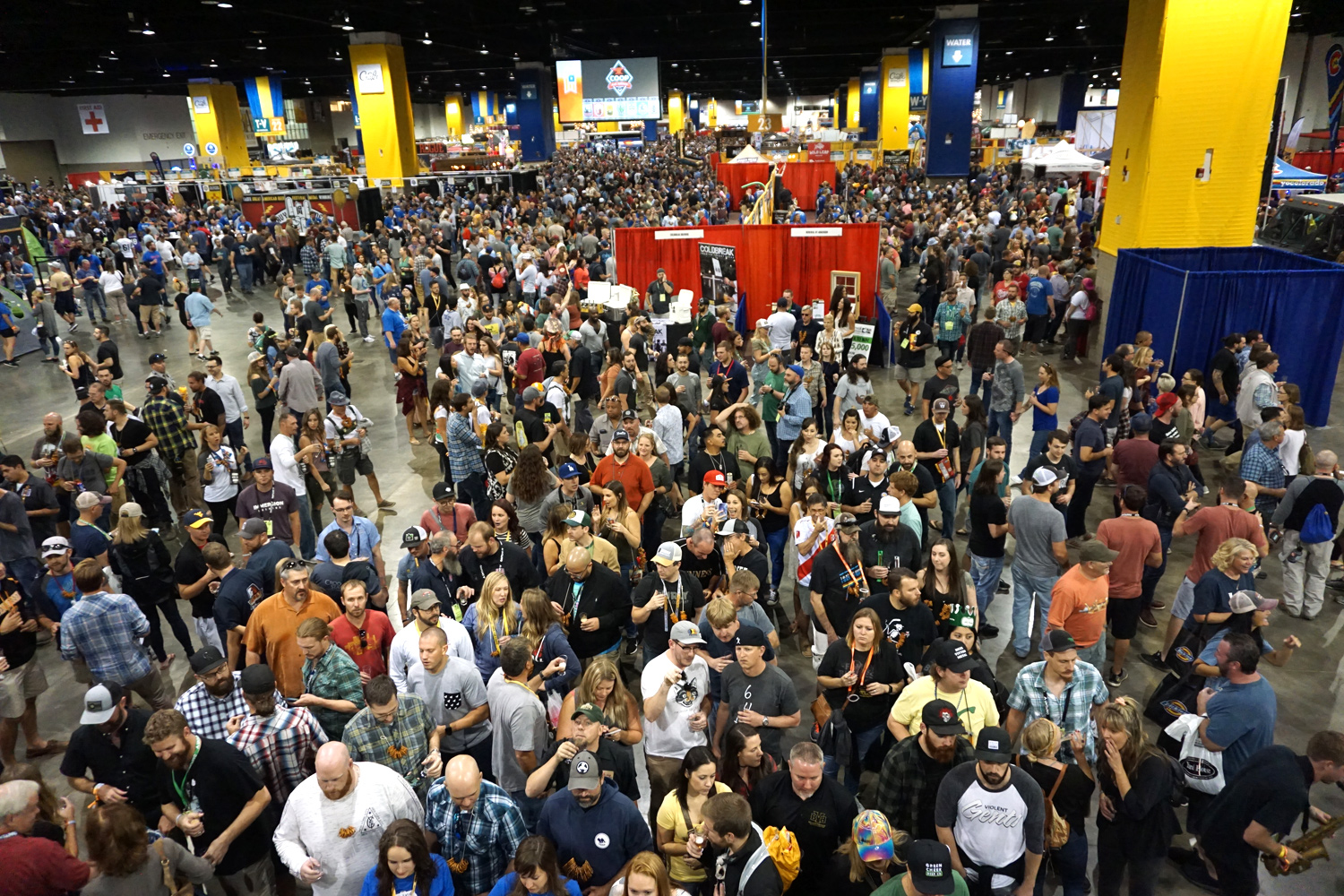 For the 37th consecutive year, beer lovers gathered in Denver for the country’s preeminent beer festival and competition. This year’s GABF offered a record 62,000 attendees the opportunity to sample over 4,000 beers from more than 800 breweries in an expanded festival hall.

This year’s GABF represents the largest collection of U.S. beer ever served, in the format of a public tasting event plus a privately judged competition. Dubbed by Thrillist as “The One Beer Festival You Must Go to Before You Die,” GABF has topped beer lovers’ bucket lists since 1982 and unites beer lovers and brewers from all corners of the country to celebrate the nation’s ever-growing craft beer culture.

A sellout crowd lines up outside the Colorado Convention Center prior to Thursday night’s opening session of the 37th Great American Beer Festival. A record 62,000 people attending this year’s festival.

Dubbed by Thrillist as “The One Beer Festival You Must Go to Before You Die,” GABF has topped beer lovers’ bucket lists since 1982

The Brewers Association, responsible for organizing the GABF, awarded 306 medals to 280 breweries across the United States at this years GABF judging competition. In a ceremony at the Colorado Convention Center in Denver, award-winning breweries received prestigious gold, silver and bronze medals in 102 beer categories covering 167 different beer styles (including all subcategories), establishing the best examples of each style in the country and earning a symbol of brewing excellence.

The Sounds of Silence took on a new meaning at the Silent Disco which included a live DJ.

32nd Edition of the GABF competition
8,496 entries plus 101 Pro-Am and 49 Collaboration entries
2,404 breweries in the competition from 49 states plus Washington, D.C. (no Mississippi)
293 judges from 13 countries
Average number of competition beers entered in each category: 83
Category with the highest number of entries: Juicy or Hazy India Pale Ale (391 entries)
280 medal-winning breweries (including Pro-Am and Collaboration)
306 total medals awarded plus three (3) each for Pro-Am and Collaboration
537 first-time GABF entrants
31 first-time GABF winners

A variety of food trucks upped the food offerings within the festival hall.

Dan Rabin is a beer and travel writer based in Boulder, Colorado. He is the author of the guidebook 'Colorado Breweries'. You can e-mail him at brewstraveler@comcast.net.