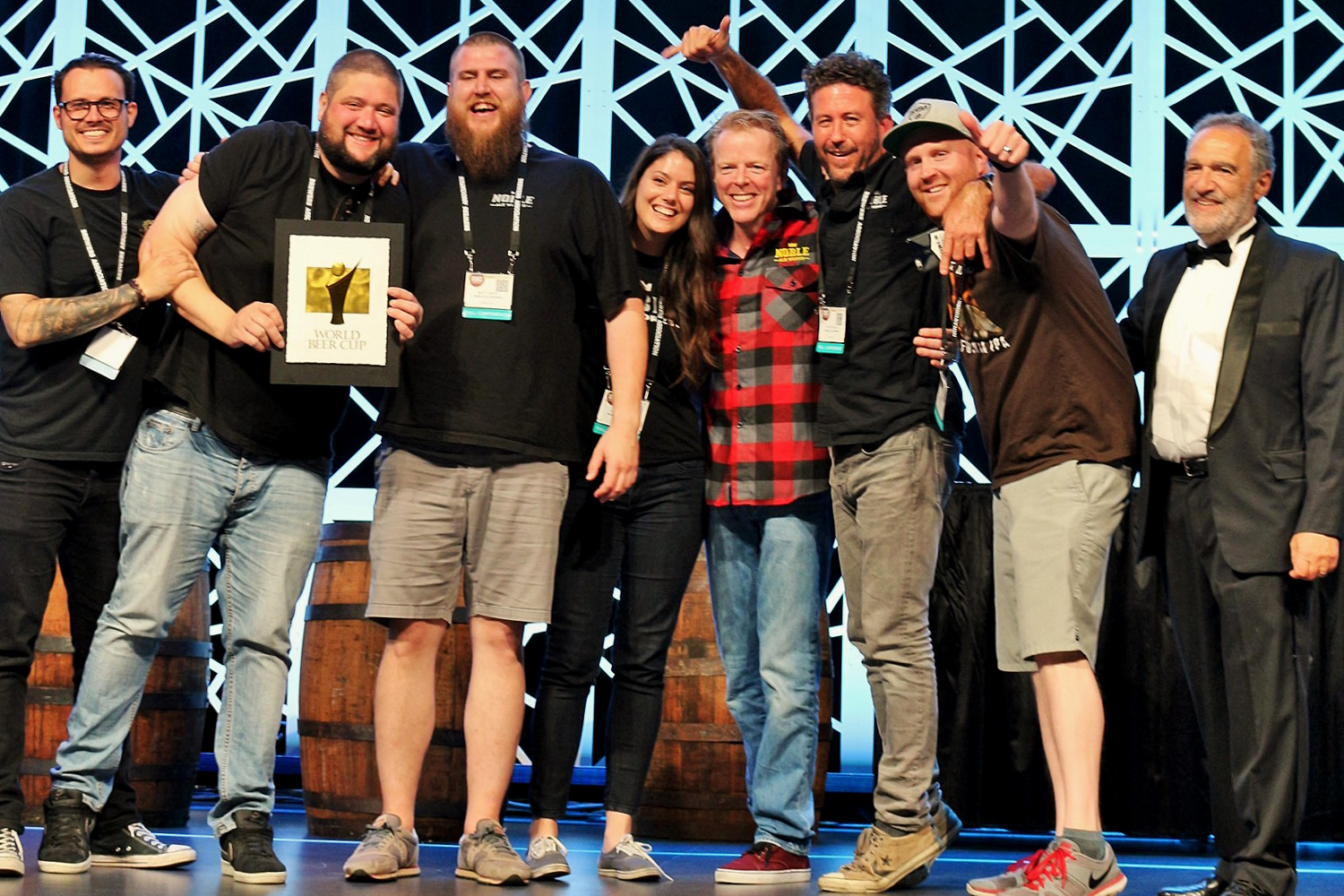 Orange County brewers came home with 12 awards from the 2018 World Beer Cup competition. WBC takes place every two years during the annual Craft Brewers Conference. Presented by the Brewers Association, the City of Nashville played host to CBC & WBC 2018 and brought together Industry brewers, owners and staff from all over the world. The awards presentation capped off a week of Industry related seminars, sessions and fun.

The first honor of the night came to Tustin Brewing Company’s Jerrod Larson, a bronze award for Clutch’s American Wheat. And it wasn’t long before Larson and TBC owner Jason Jeralds returned to the stage, this time to accept gold for Portola Breakfast Stout (Coffee Stout/ Porter category). There were 157 entries in this highly contested category.

Presented by the Brewers Association, the City of Nashville played host to CBC & WBC 2018 and brought together Industry brewers, owners and staff from all over the world

Costa Mesa’s Barley Forge took silver in the Field Beer category for The Patsy coconut rye stout. Anaheim’s Hoparazzi Brewing Co confirmed its admittance into the big leagues with a bronze award in the Chili Beer category for Heat of the Night.

Brewery Rex, listed as a Fullerton, CA brewery, earned a bronze award for Raspberry Ricky in the Berliner-Style Weisse category. This reporter will be reaching out to Tyler King and Brian White to find out if this is indication that Brewery Rex may finally have a home of its own brewing in Orange County. Stay tuned.

In the final category of the evening, San Clemente’s Artifex was called to the stage to accept its second WBC award for the consistently delicious HoliDAVE, an American-Style Imperial Stout. HoliDAVE received a silver plaque at the last World Beer Cup in 2016.

David Mulvihill strives to experience and write about the ever-evolving face of SoCal craft beer. He also covers Orange County for Celebrator Beer News as well as Southern California for Southwest Brewing News.