0
2.2K Views
0
Warning: json_decode() expects parameter 1 to be string, object given in /homepages/20/d722800612/htdocs/clickandbuilds/CelebratorBeerNews/wp-content/plugins/posts-social-shares-count/classes/share.count.php on line 66
0
Shares 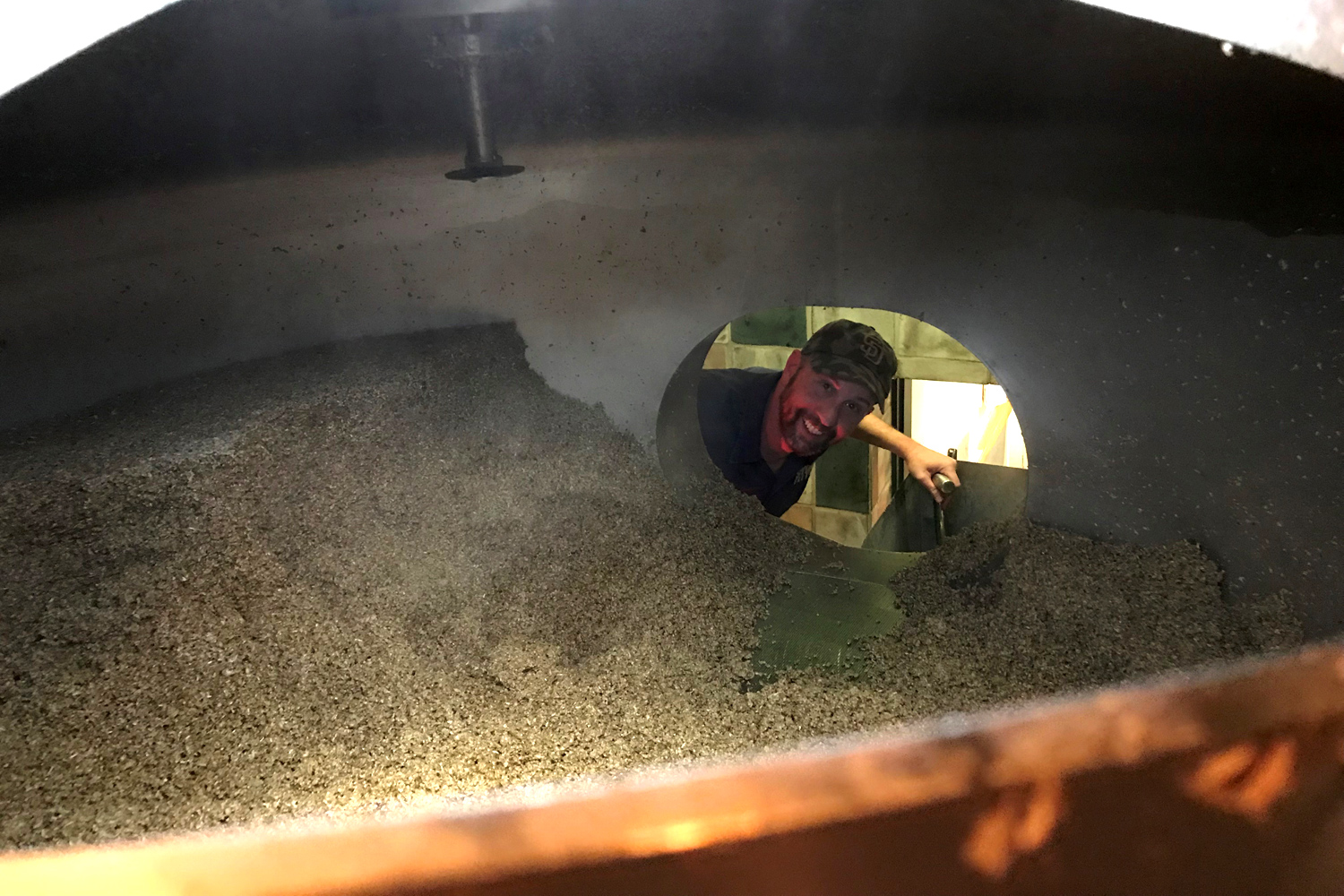 On October 1, Las Vegas suffered an unthinkable tragedy as a gunman fired upon attendees of the Route 91 Harvest Music Festival, killing 58 and wounding nearly 500. Amidst this act of pure evil were countless tales of heroism as first responders, concertgoers and members of the community aided victims. In the days that followed, an outpouring of help flowed forth, and the local craft beer community did its part as well.

CraftHaus handed out free nonalcoholic beverages to those waiting in line to donate blood, provided beer for the Vegas Strong charity bike ride and brewed Hibiscus Glitter Saison, with all money from its sales going directly into the victims’ fund. Atomic Liquors hosted a fundraising event, with contributions from local distributors, restaurants and breweries, and donated 100 percent of the proceeds, which totaled $30,000.

Tenaya Creek contributed beer to bars, with proceeds donated to the fund, and gave a massive silent auction item for the Downtown Brew Festival to raise funds for the charity. Big Dog’s gave a free beer to anyone who donated money or gave blood, hosted a Nevada Craft Brewers Association tap takeover fundraiser with brews from several Nevada breweries, and encouraged patrons to donate to the fund by giving a free Jameson Caskmates shot to anyone who donated $5 or more at the brewery’s DOGtober Beer Fest.

Banger Brewing donated proceeds from sales, and Sin City Brewing at Grand Bazaar Shops participated in a mall-wide fundraising event, donating 25 percent of sales and accepting donations, giving donors a free Sin City beer with a gift of $10 or more. And Joseph James brewed Vegas Strong American Strong Ale, an 8.5% abv collaboration beer with ingredients donated by Brewers Supply Group, PT’s Brewing, Tenaya Creek, Motley Brews and the Life Is Beautiful festival, ensuring that 100 percent of the proceeds would go to survivors and families of victims. To donate to a fund aiding victims and their families, visit gofundme.com/dr2ks2-las-vegas-victims-fund.

Some 7,923 beers from 2,217 breweries were entered into 98 different categories at the 36th annual Great American Beer Festival. Considering the massive amount of competition, Southern Nevada breweries fared quite well, procuring two gold medals and one bronze.

Last year I proclaimed Big Dog’s Brewing head brewer Dave Pascual the Michael Phelps of Nevada brewers, as he has won more major competition medals than any other in the history of the Silver State. He continued his streak with yet another medal, adding one more gold to his collection, for his Tripel Dog Dare in the Belgian-Style Tripel category, with 77 entries. Pascual’s new medallion brings his collection of major competition medals to eight GABF (plus three as assistant brewer) and two World Beer Cup (plus one as assistant brewer). Pascual said, “I’m truly blessed to be surrounded by people who are as passionate as I am about the craft. The brewing team here [at Big Dog’s] all had their hand and sweat in this medal. We work really hard to make sure that we are putting our best foot forward and representing Las Vegas as a craft beer destination.”

The other gold medal went to Joseph James Brewing, earning the honor for its Imperial Smoked Porter with Cacao Nibs in the Chocolate Beer category, with 62 entries. This was the brewery’s second GABF medal. Director of Brewing Matt Marino said, “We are especially proud of this gold medal because this beer was truly a team effort, requiring more work than any batch we can remember. We combined two different barrel-aged batches with a third non-barrel-aged batch and then conditioned it on house-smoked cacao nibs. The whole process involved much tasting and tweaking to get the final blend right.”

The third medal went to PT’s Brewing and brewmaster Dave Otto, who also is no stranger to bringing home major competition medals (which he won a slew of when he was at Big Dog’s). Otto won a bronze for his Boulder Stout in the Classic Irish-Style Dry Stout category, with 30 entries. This was the first GABF win for the new brewery, which has been open only since early 2016. Otto said, “Maybe it was a little luck of the Irish, but it’s always fun to win a medal at the GABF. I’m proud to help put PT’s and Las Vegas on the map for having great beers.”

On December 2, Aces & Ales will host a tap takeover, pouring more than 30 taps of Modern Times beer at its Tenaya location in northwest Las Vegas. The tapping will begin at 3 p.m., and live music will rev up at 9 p.m. Throughout the night there will be giveaways, including a trip for two to Modern Times in San Diego with a one-night hotel stay and a tour of the brewery.

The Brewer’s Cabinet in Reno has partnered with Sierra Nevada to create Electrum IPA, one of the first collaborations between a brewery from the Golden State and the Silver State. The beer’s name is apropos, as electrum is a naturally occurring alloy of gold and silver. This 6.8% abv IPA should please any hop-head, as it has a substantial amount of Amarillo hops and Simcoe hop powder used for dry-hopping, bringing together a balance of citrus and pine.

Big Dog’s Brewing in Las Vegas has unleashed its War Dog Imperial IPA, which is now officially part of its Unleashed series of experimental and seasonal IPAs. Up next in the series is Wonder Dog Triple IPA, debuting in late January or early February. Annual stocking stuffer Balls of Holly returned in late November. The wax-dipped, 750-milliliter bottles are filled with a blend of barrel-aged beers including a barley wine, a porter, a Belgian-style dark strong and a Belgian-style quad. These beers will be sold as part of a Christmas-themed package that includes the bottle, a special glass, a handcrafted beer candle, a brewpub gift card and more.

Henderson-based Lovelady Brewing has been known to dabble in the wild and wacky, and its new Paleo Porter is a prime example. Named in honor of a 98 million-year-old plant-eating pyrosaurus dinosaur unearthed in nearby Valley of Fire State Park, this 5% abv monster of a beer is fortified with peanut butter, chocolate and coffee.