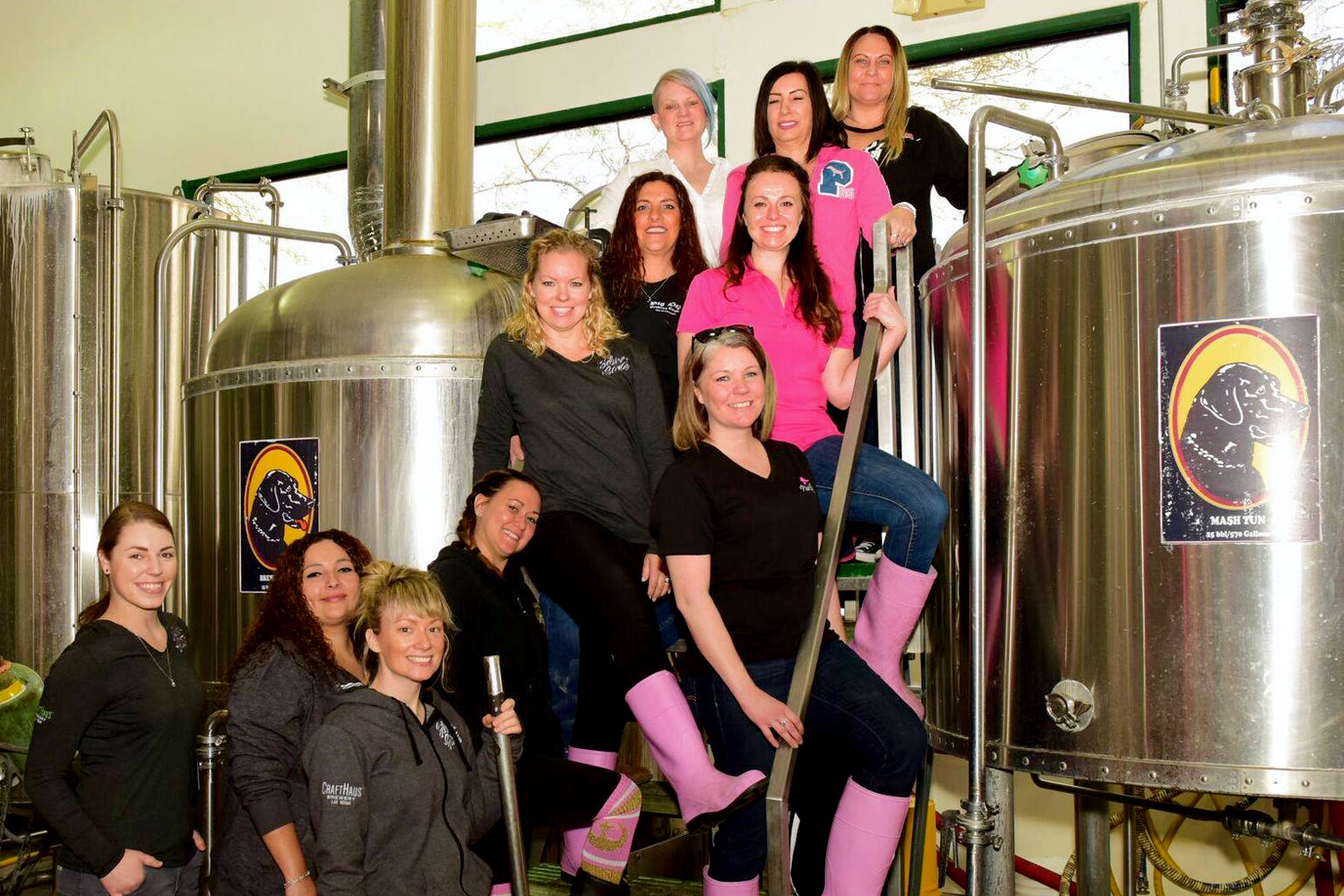 Ethnographic studies and archaeological records indicate that from prehistoric times brewing beer and other types of alcohol was primary an activity performed by women. Although during the modern era the industry has been primarily a man’s domain, in the 21st century women are once again a significant and growing segment of the brewing industry. Evidence of this can be found through an organization comprised of women working in the beer business known as the Pink Boots Society (PBS). Founded in 2007, goals of the non-profit organization with 1,500-plus members worldwide are to raise the profile of women’s roles in the beer industry and to assist, inspire and encourage women to advance their careers through education.

One way the PBS raises funds for educational scholarships is through its yearly Collaboration Brew Day—in conjunction with International Women’s Day—during which members at multiple locations brew batches of beer together, of which a portion of its sales are donated to the Society. In March, several Southern Nevada members were hosted by Big Dog’s Brewing lead brewer Amanda Koeller, as the ladies donned pink boots and took a hands-on approach during the brew day. Their tasks included hoisting 55lb bags of malt to pour into the mill, the rigorous and manual process of using a 7ft stainless steel paddle to mix the grain with the water, weighing out the hops and adding them to the boil at appropriated time intervals and at the end of the brew, graining out—manually removing the spent grain from the mash tun—and cleaning up: For as they say, “90% of brewing is cleaning.”

The Vegas collaboration was dubbed “G-IRL Power” by the participants. As for the recipe, this year the Society determined all of the collaborative brews would use a new hop blend from YCH Hops out of Yakima, Wash. containing Palisade, Simcoe, Mosaic, Citra and Loral hop strains Koeller describes as: “fruity with some citrus and herbal notes. She added, “I wanted to create a brew that would be refreshing and easy to drink in our warm weather. I love lagers and IPAs, so decided to do an India Pale lager with a German lager yeast strain and use some Rye malt to add a little spiciness to the beer.”

PBS membership is granted to women who receive at least 25% of their income from the beer industry, are in the process of opening a beer establishment or are students currently enrolled in a beer industry focused/accredited program. There currently is not a local PBS chapter, but as this year’s collaboration brew drew so many participants, Koeller has set a goal to start a Southern Nevada chapter this year. She relates, “I want this organization to inspire women that aren’t in the brewing industry but would like to be, as well as lend a hand to women looking to advance their current careers in the industry. I hope women see this article and realize that their dreams are possible and there are women in the local community available for support.”

Luckily for men, all are welcome to enjoy G-IRL Power, which currently is on tap at more than 14 breweries and pubs in Southern Nevada including 595 Craft & Kitchen, Aces and Ales, Atomic Liquors, Big Dog’s, CraftHaus, Hi Scores, Hop Nuts Brewing, Khoury’s Fine Wine & Spirits and Tenaya Creek Brewery. Head over to one of these popular watering holes soon before the tap runs dry.