0
2.7K Views
0
Warning: json_decode() expects parameter 1 to be string, object given in /homepages/20/d722800612/htdocs/clickandbuilds/CelebratorBeerNews/wp-content/plugins/posts-social-shares-count/classes/share.count.php on line 66
0
Shares 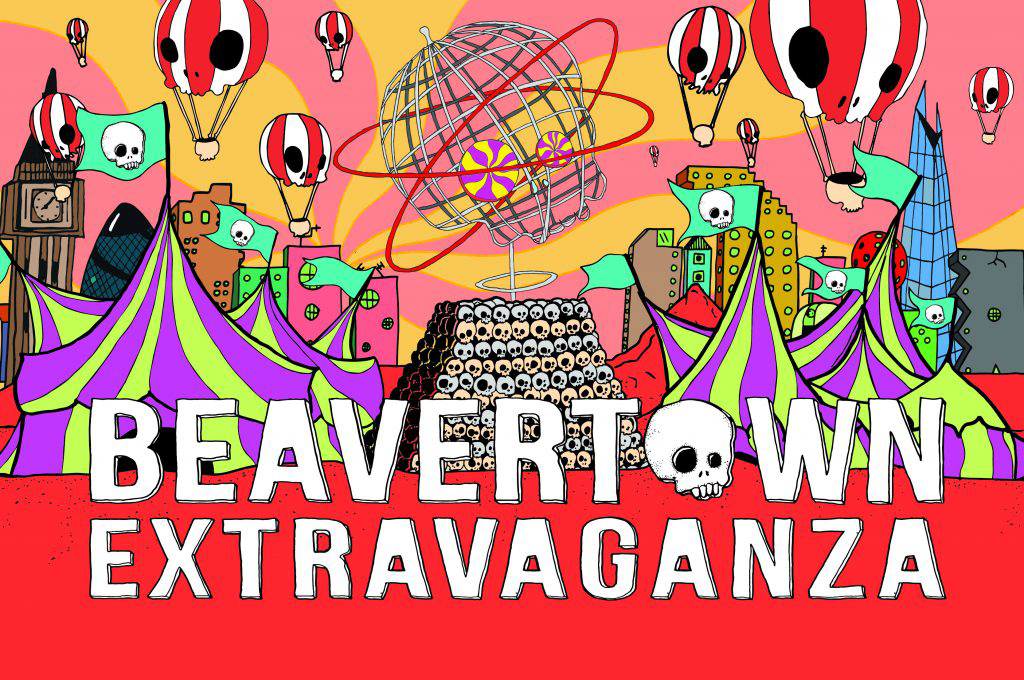 “I want London to be the beer capital of the world again,” proclaimed Logan Plant, founder, owner and brewmaster of that city’s Beavertown Brewery, during his keynote speech on the state of British craft beer at the inaugural two-day Beavertown Extravaganza in early September. Craft is “bigger than Jesus!” he added, paraphrasing a controversial claim made a half-century ago by John Lennon, a contemporary of Plant’s father, Robert, of Led Zeppelin fame.

Joining the ranks of such acclaimed brewery-sponsored invitational beer festivals as Denmark’s Mikkeller, the Netherlands’s Brouwerij De Molen and California’s Firestone Walker (all of whom were there), the Beavertown Extravaganza has upped the ante for British beer fests and was admittedly heavily influenced — as are U.K. craft breweries — by good ol’ Yankee exceptionalism.

The long-sold-out event, which ran seven hours each day, attracted 8,000 beer fans to Printworks (the 120,000-square-foot venue that formerly housed the Evening Standard newspaper) in southeast London. Nearly 80 breweries from Europe and North America — mainly from the U.S. (with over two dozen from California alone) and Britain — brought at least four different beers each. Beavertown, of course, had the largest selection, including Heavy Lord, a collaboration imperial stout mash-up of Indiana’s Three Floyds’s Dark Lord and Beavertown’s Heavy Water; it was 14.5% abv and served on cask!

Aside from the prevalence of British accents, the crowd seemed like it could have been at any big beer fest in the States — mostly young punters, many checking their brew-to-do lists and queuing up at the must-taste booths. The median age skewed much lower than that of a typical CAMRA Real Ale fest in Blighty, with more female attendees in the mix. However, when compared to U.S. craft beer festivals, the ratio of women to men was noticeably smaller, with many appearing to be girlfriends or spouses. Which is not to say by any means that it was a “bro-fest.”

Speaking of which, the Brits have their “haze bros” too (as do virtually all countries’ craft beer cultures) and, upon entering the Extravaganza, they rolled up in lengthy queues for the highly sought-after New England–style IPAs from Manchester’s Cloudwater, Brooklyn’s Other Half, Boston’s Trillium and Stockholm’s Omnipollo, among others serving cloudy, juicy brews.

In fact, among the many panel discussions presented throughout the fest as part of the Beavertown Symposium (curated and moderated by folks from the Chicago-based beer blog Good Beer Hunting) was one appropriately and self-explanatorily titled “Hazed and Confused.” The last panel on the final day, it unsurprisingly was the most debatable — and contentious. All onstage and in the audience were tired, tipsy, a tad short-tempered and already either confirmed haze-haters or -lovers. The panel concluded with a heated discussion among panelist Wayne Wambles of Tampa’s Cigar City and audience members Paul Jones of Cloudwater and Andrew Schwartz of San Diego’s Modern Times Beer over the technical and aesthetic aspects of brewing Northeast IPAs, which continued offstage.

The invited American brewers were duly impressed with the first Beavertown Extravaganza. “This is hands-down the coolest event I’ve ever been a part of,” enthused Evan Price of Anaheim’s Green Cheek Beer. “It’s a cool mix of all these different breweries from around the world doing really interesting and exciting stuff or just doing something really well, like Bamberg’s Mahr’s Bräu; they make a rad traditional helles.”

“This is just awesome,” agreed Alexandra Nowell of Three Weavers Brewing in Inglewood, Calif. “I’ve got a lot of friends in the international beer community, and it’s really amazing to be regarded on a similar level. Coming to Britain and seeing how the industry has progressed in the past decade is really incredible. The quality and diversity of products have gone up, and you have a choice now among independent breweries. Ten years ago, you did not have that choice.”